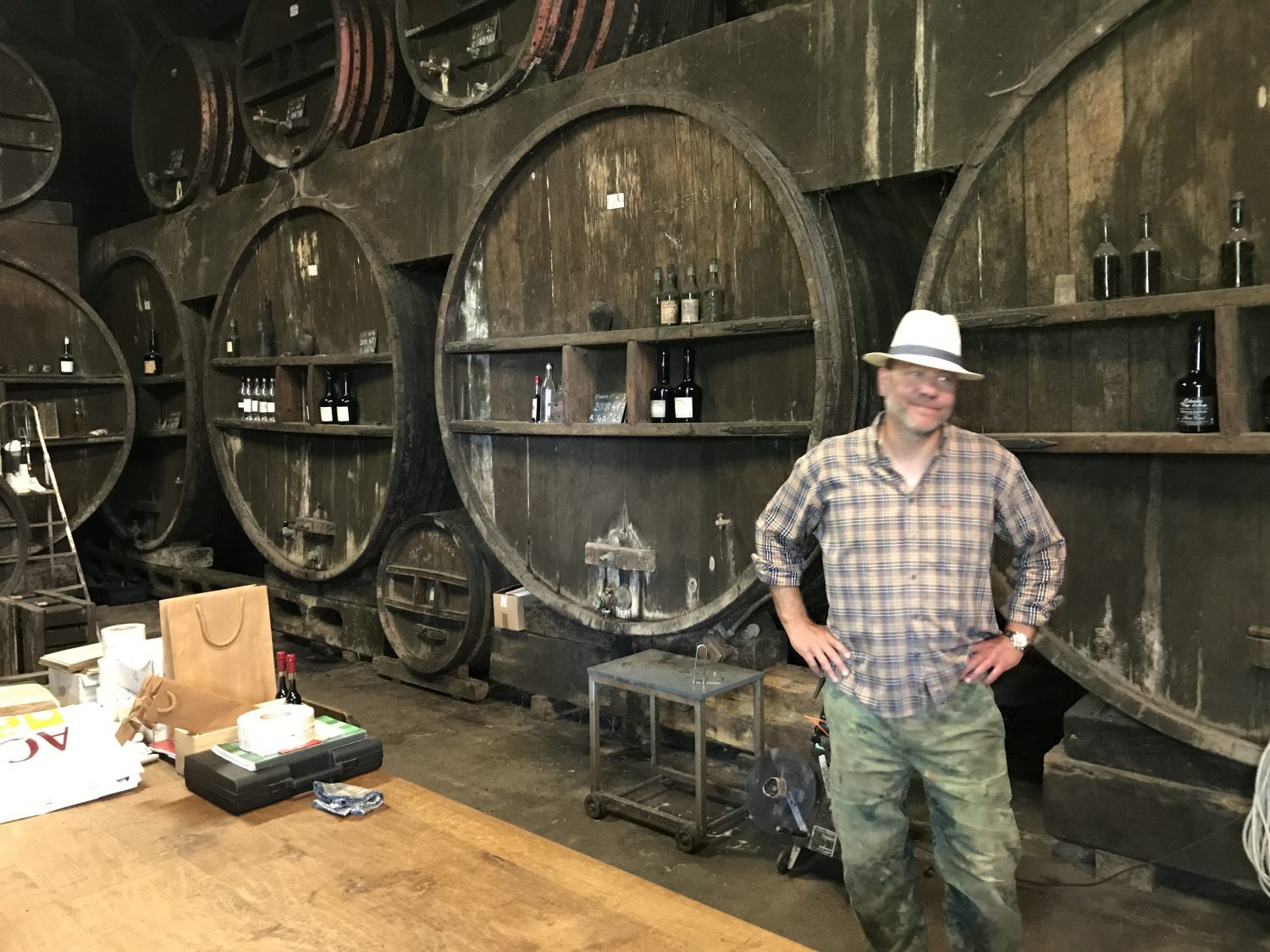 Great Calvados starts at the source! After that every details counts! End of article.

By far this is not the end, but it is not easy to sum up a huge amount of information, which I collected during my visit to the Adrien Camut estate.

Who wants to dig deeper in the fine Calvados topic, should therefor refer to the fantastic book on Calvados from Charles Neal.

Let’s start how we developed the idea to visit Adrien Camut. In spring  2018 we visited the Frantzen Restaurant in Stockholm and at the end of our wonderful lunch we had the 6th old and Rareté Version of Adrian Camut Calvados. 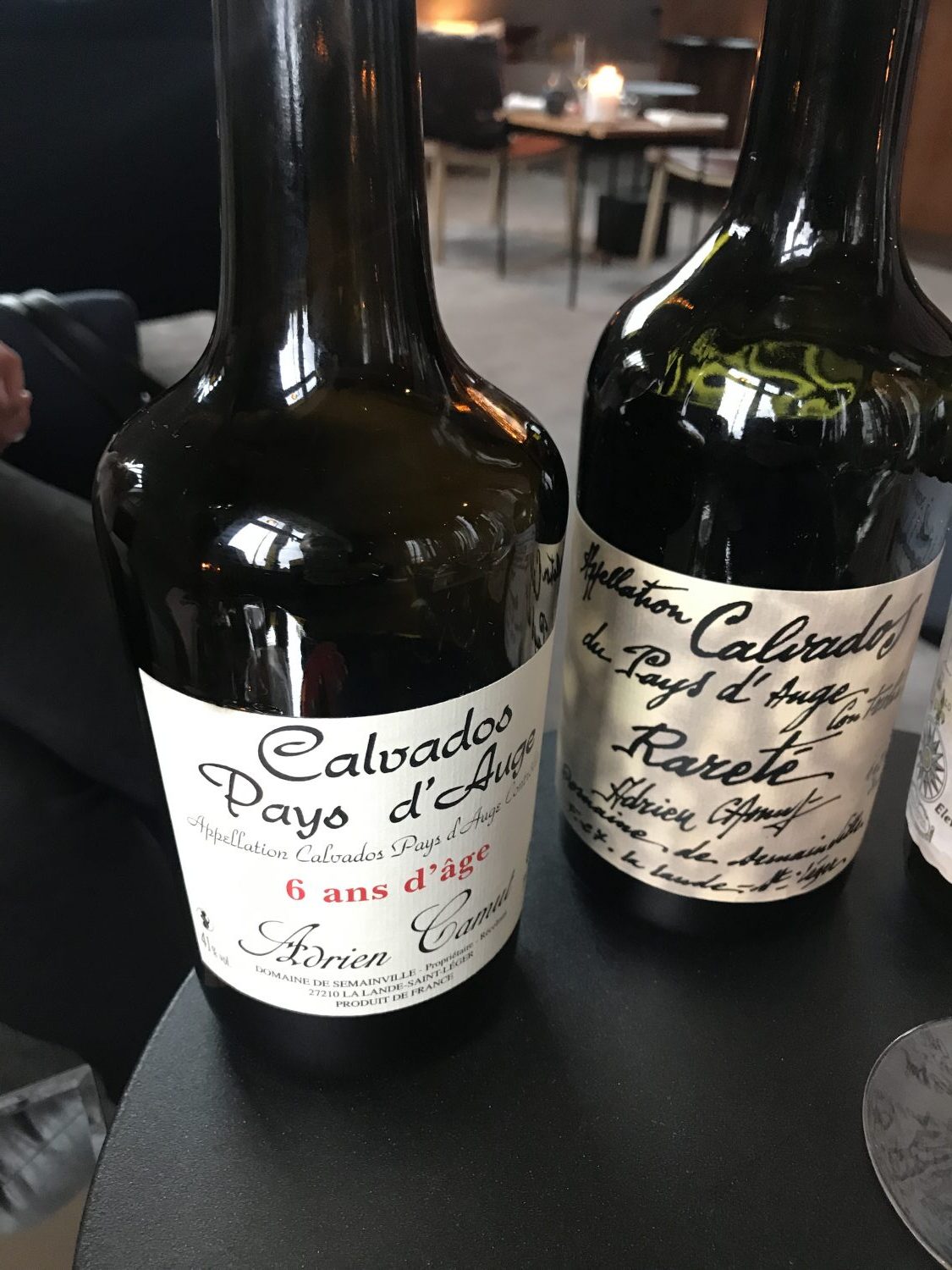 I did not know that Carl, the Restaurant Manager is a huge fan of Calvados. We had a good and interesting talk about it.  I was so impressed by the Camut Calvados that some weeks later, I changed my „Tour de France“ plans and we decided to travel to Normandy.

And now we are here at the Domaine de Semainville in the wonderful countryside of northern France.

Emmanuel Camut  (one of three brothers), which are the grandsons of Adrien Camut, is welcoming us.

The Camuts belongs to the small group of tradionalist producers and work in a strong organic way. A lot of things differ them from other producers.

They have 45 ha of hautes-tiges trees (old traditional apple trees), between 35-90 years old, 25 low yielding apple varieties (some of them needs a lot of time and they ripen in November and December).

They have their own cows for manure, bees for pollination and all their land is treated organically. 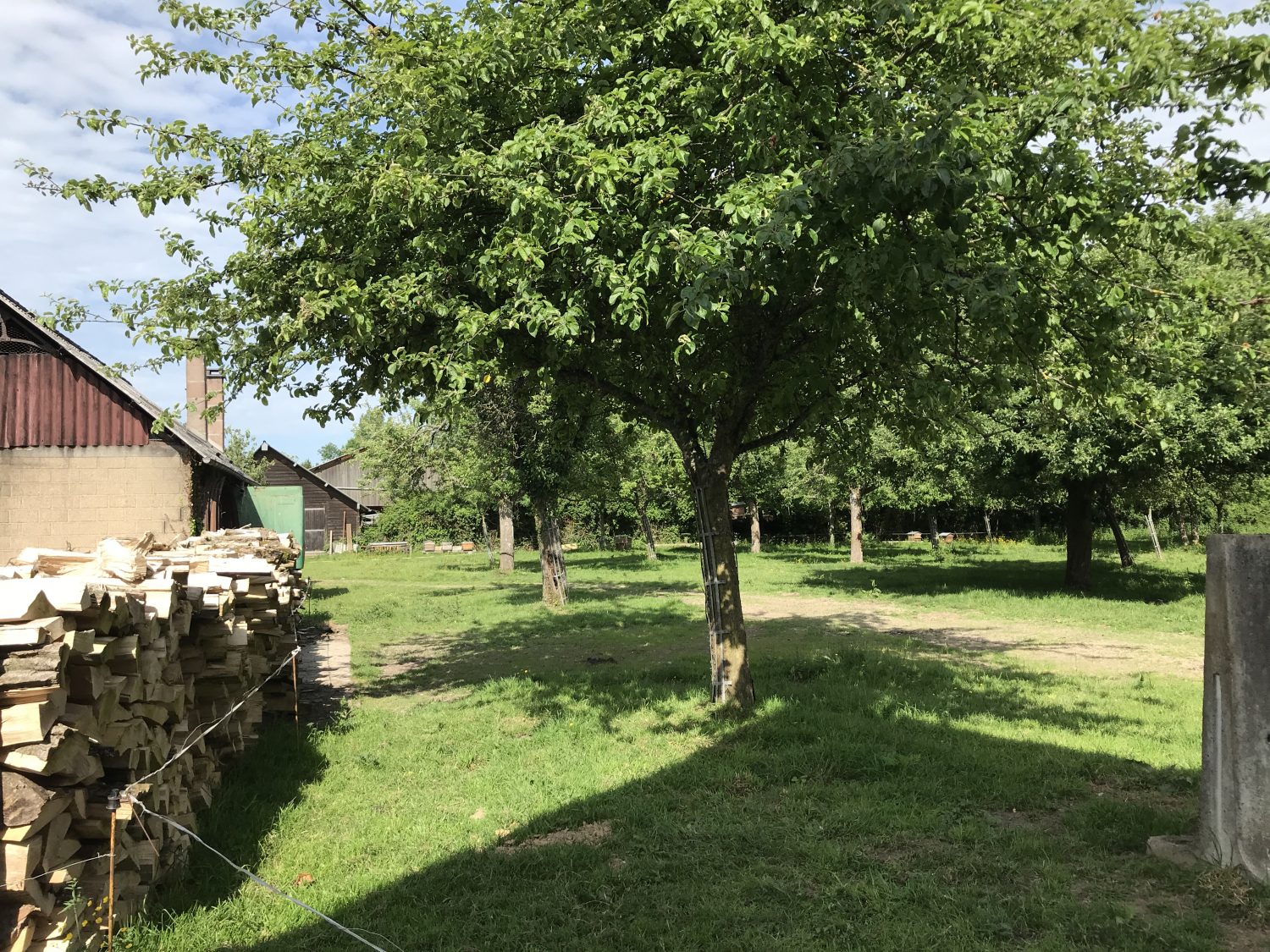 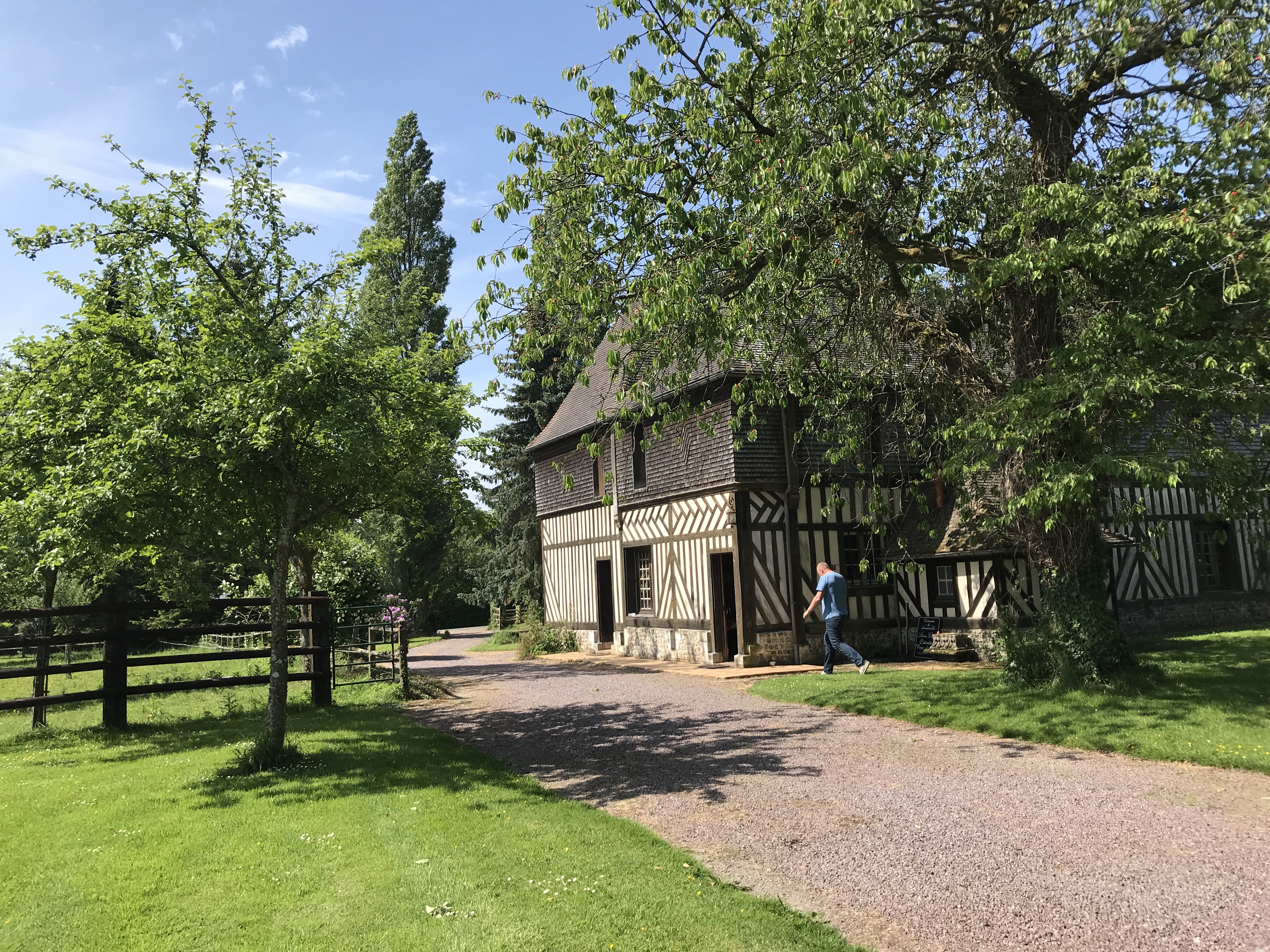 After harvest the apples are cleaned, checked, crushed and pressed. For fermentation with indigenous yeasts the juice is transferred to more than one hundred years old huge barrels. 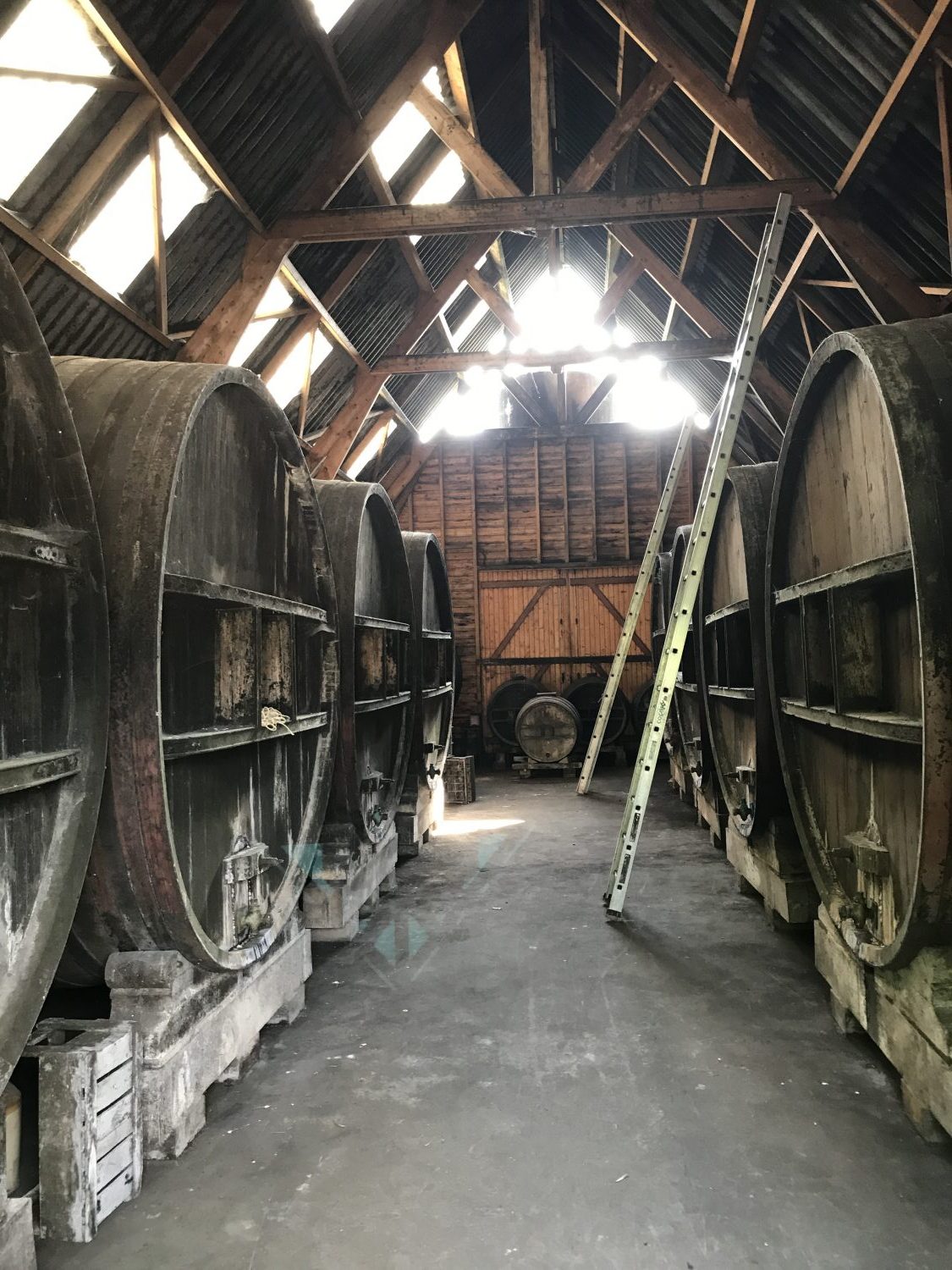 In the next picture you see the distillation equipment. The Camuts use 2 very old alambics. They were modified in a special way by Adrian Camut.

Wood is used to heat the alambics up. (the left one was under repair during our visit) 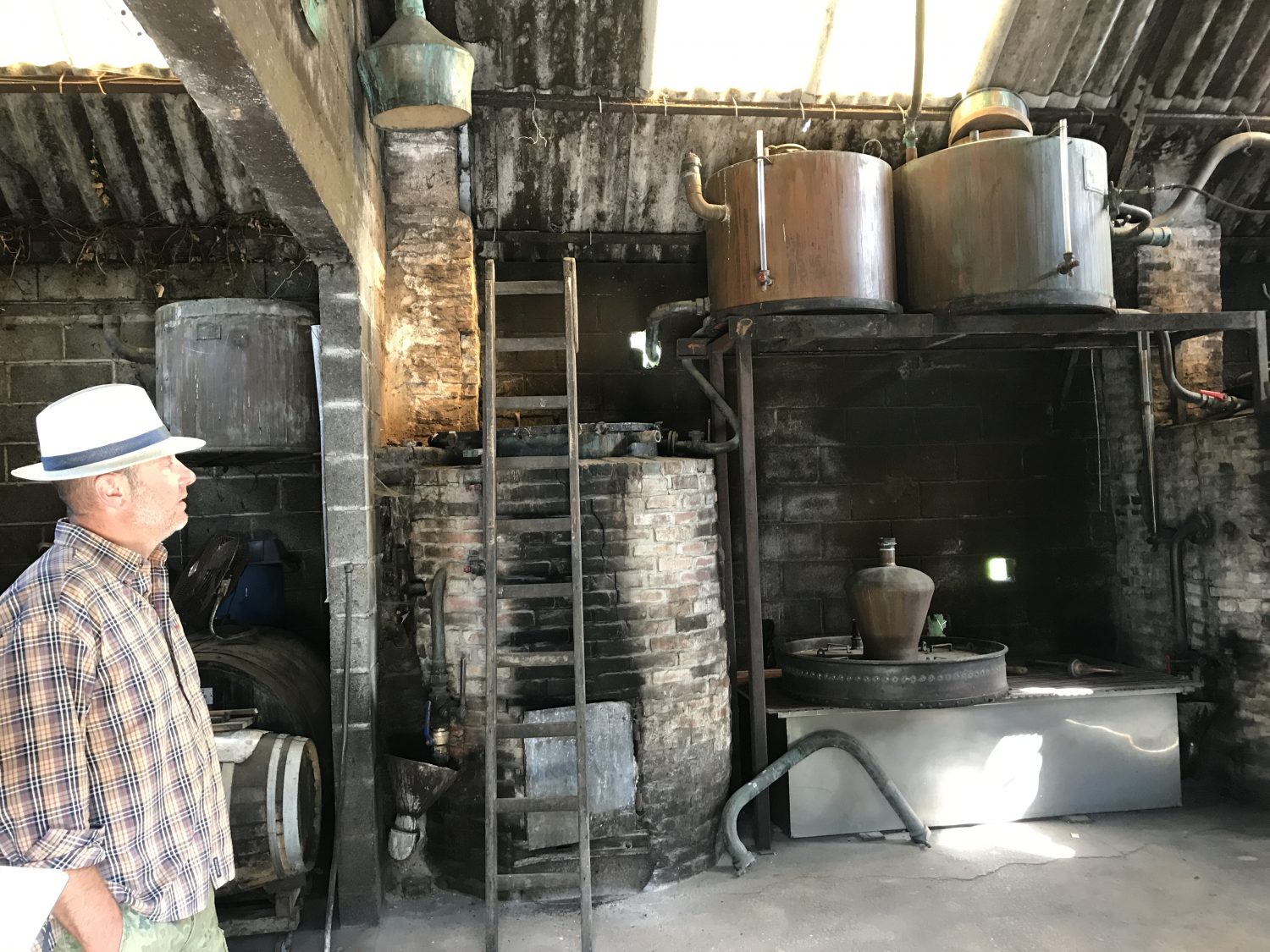 In this process the first distillation brings the petit eux to about 25% ABV and the second one to about 65%. Starting in September of each year the alambics run 24 hours day and night vor 5 weeks. After that the distillate is transferred to old foudres, which are only half filled to allow exposure to oxygen. In the first years the „Calvados“ is racked a few times to allow more contact with oxygen. Quite a lot of the „Calvados“  is lost by this production method, but you get rid of the bad ingredients and concentrate the good ones. 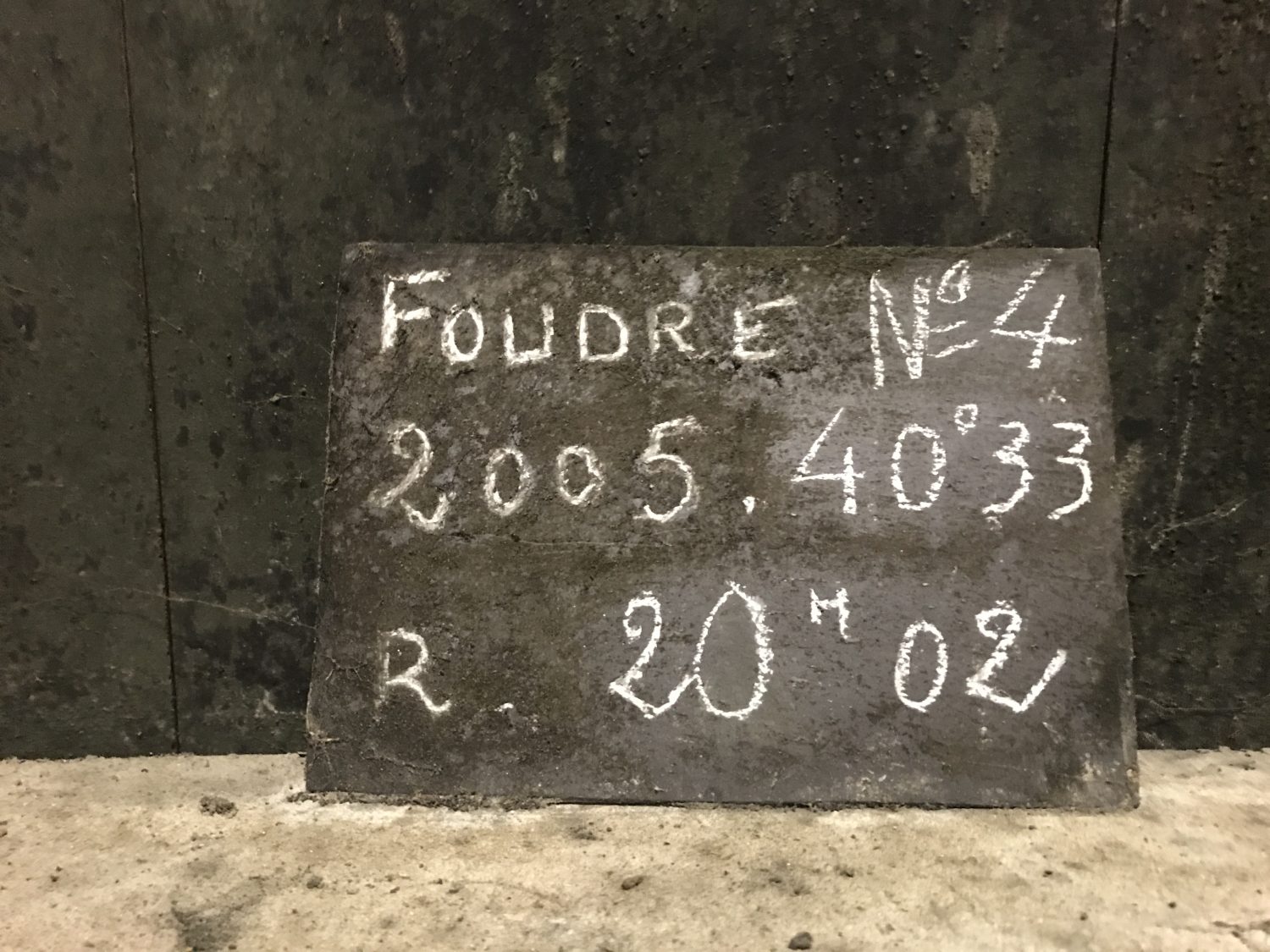 The Camuts have some of the oldest barrels of Calvados in the whole Normandy and there „Rareté“ is simply heaven and can compete with the oldest high end Cognacs and Armagnacs. In the glass of the next photo is more than 100 year old Calvados from a special barrel.

To start in the Camut Calvados World and explore the Camut magic, you should buy the 18 year old filling. It is one of my favorites. But when you want to dig deeper, go for the Réserve d’Adrien (35-40 years old) and the Prestige (40-50 years old). Use a Cognac Bowl and give the Calvados some breathing, you will be rewarded.

Emmanuel produces a „Vinaigre Balsamique de Cidre“, too. If you see this vinegar anywhere, buy all you can, it is very rare and wonderful. 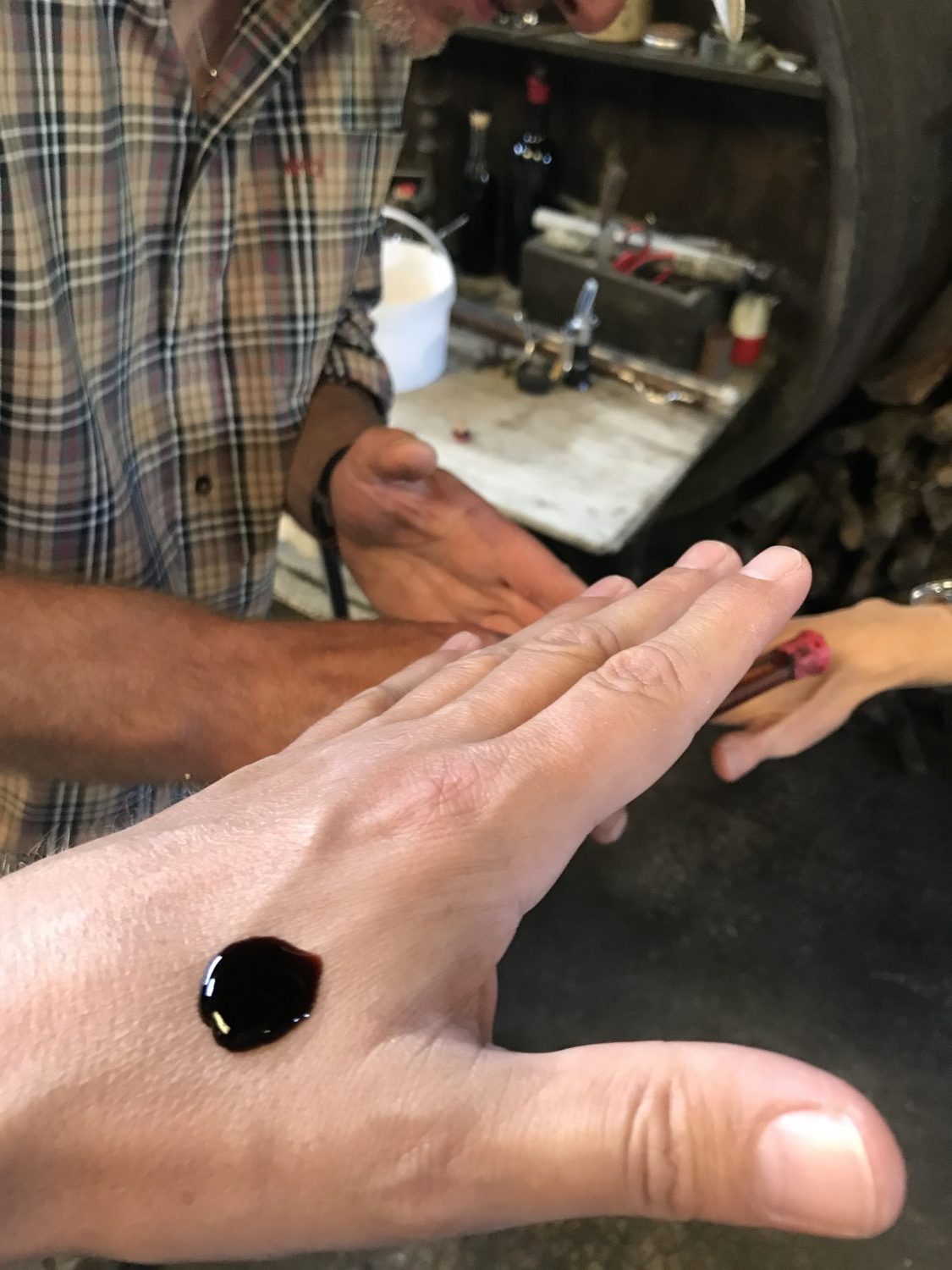 Thank you Emmanuel for your great hospitality and the glas of the 1968er, my „Vintage“. 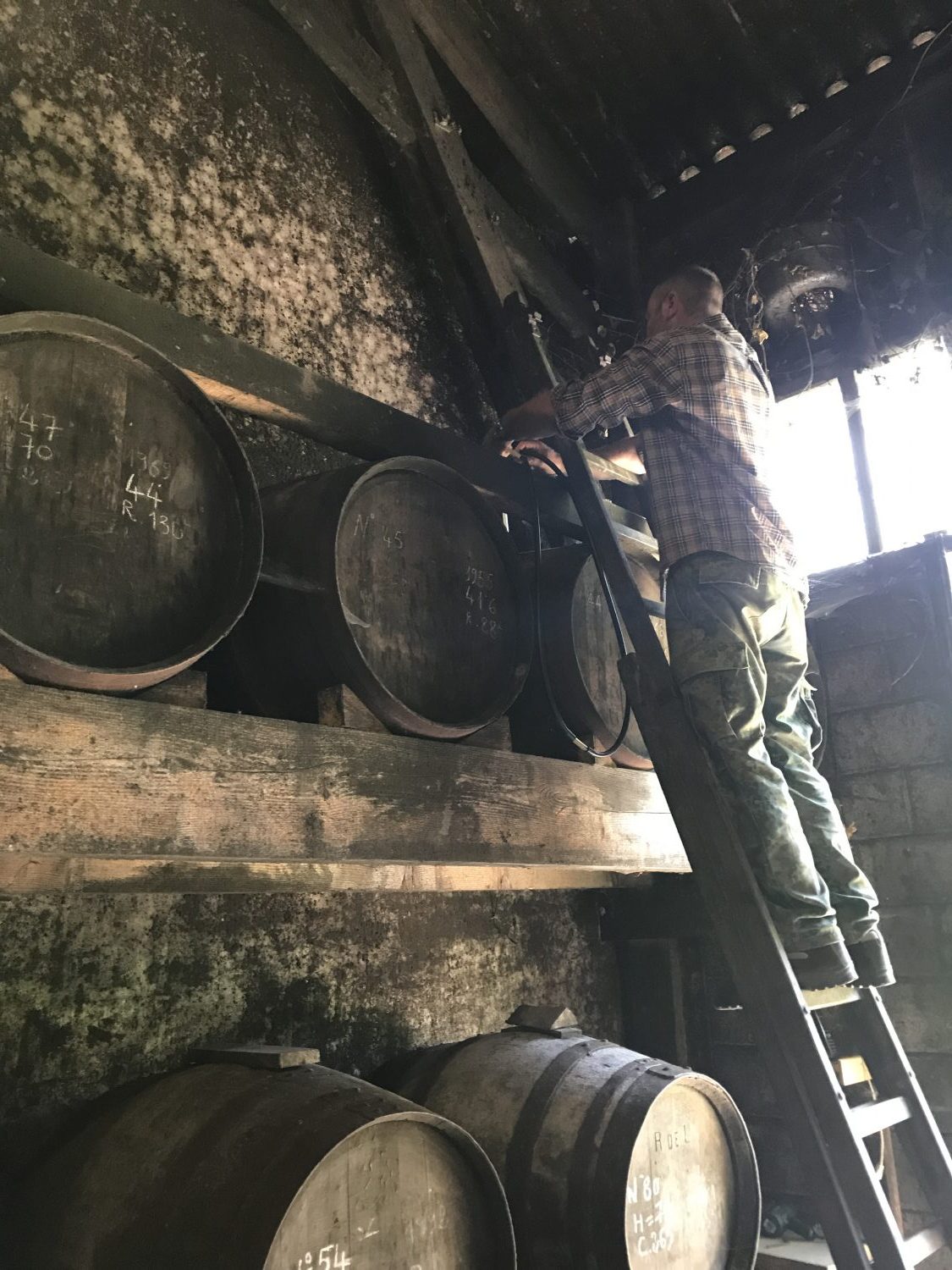